How have you all been since I saw you last? Super fine, I hope! I haven't blogged in six weeks. Holy moly. Thank you to those of you who left kind notes and sent emails trying to find out if I'd fallen into a hole. I'm still kickin' but so much has happened around here. We did finally put our gasping house search out of its misery and Fall has given way to dead-on Winter sooner than it's really supposed to. The nights are so cold at the ranch and now I'm wondering why I poo-pooed the houses with brand new energy efficient windows. Vintage-schmintage! Who should have to wear a coat in the house!?

I was in the hospital for a little while for a heart procedure and that was the worst. Uggh. I can't even let myself go over it in my mind because it sucked so badly. Here is a photo of me in the hospital: 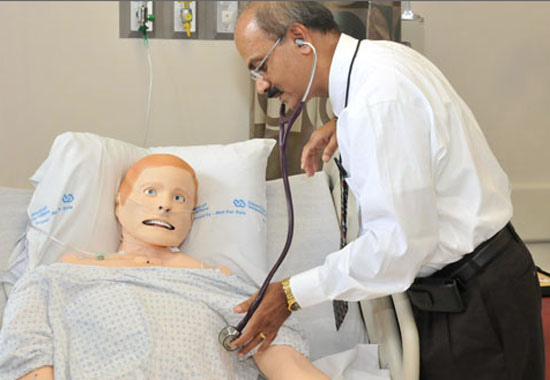 Okay, not really but I'm sure I looked just like that. The only good things that came from the experience were:

1.) They did verify that I actually have a heart.

2.) It appears that they fixed what was glitchy in there and

Now, I don't know if everyone's Heaven is the same so don't hold me to this if you get over there and yours is different, but in my Heaven there were a lot of grassy green hills and beautiful Autumn trees and thousands of dogs running and playing as far as the eye could see. It strikes me now that along with Heaven being stunning, it is also an allergy sufferer's worst nightmare! My Heaven looked like a Claritin commercial.

Mr. Kitsch made this super cute photo collage of me arriving in Heaven. 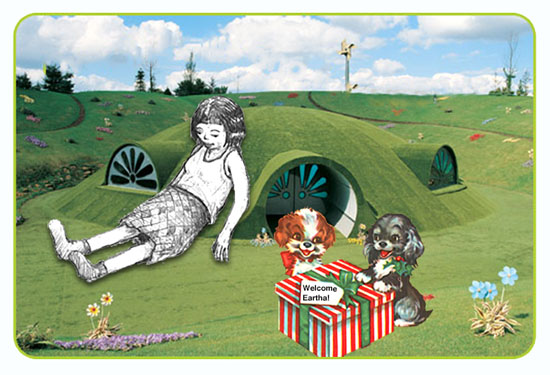 Hee! Less Teletubbies and more puppies - just the way that I like it.


I also go to experience firsthand the warm, soothing light that all near-deathers seem to talk about. I'll never forget the experience as long as I live. I remember being really upset when I got jerked back to the living world and had to leave. I had always hoped and guessed that pets get to go with us to the other side but you know, it was good to actually get to see a preview with my own eyes. Mr. Kitsch said that I also told him while I was coming out of the drugged state in recovery that I got to spend time with my kitties who had passed away throughout the years. I don't remember that part but it makes me pretty happy to know that I did.  Someone remind me of these perks when those medical bills start rolling in!

While recovering, I've had to be on strict bed rest which I accomplish about like I would swimming the English Channel. I am ridiculously cranky and I'm really not sure how my nurse (Mr. Kitsch) has put up with me. I've watched more Lifetime holiday themed movies than I care to admit. Sometimes when I'm feeling really drained in the head, they comfort me. That's the only way that I can explain it. I can totally predict the plots in the first ten minutes but I always seem to stay on board anyway. I like how during the holidays, the network switches gears from their usual two formats (women who fall in love with men who turn bad and try to kill them - and - teenagers who do the sex) and offer lighter fare with pleasant holiday music and usually a female lead who has been hurt in the past but learns to love again at Christmas. Call me a romantic. Or a simpleton. It's up to you.

I also did several hours with "The Pioneer Woman" who irks me to no end. Mister Kitsch has been exposed to my exasperated groans and finally asked me why I watch her show if she disturbs me so much. The only way that I can explain it is that I like to yell at her from across the room as she grins and cooks in her boho smocks. I don't know if you've ever watched her show but yesterday, she said, "We like to call meringue 'calf slobber' here at the ranch." It's those kinds of moments that keep me hanging on. Those and the montages where they'll go from footage of her making a big pot of chili to that of her husband and kids wrestling cows to the ground to cut their balls off. You're leaning towards calling me a "romantic"now, aren't you? I thought so.

The Pioneer Woman is way more romantic than me though. Yesterday, she made a fancy lunch so that they could have a light repast while watching themselves burn down their own barn.

Oh! I have to tell you this because I'll forget and never do it. Before I went into the hospital, I was at the grocery store one morning. I usually try to go super early before it gets packed but that day, I had forgotten that it was Senior Citizen Day. The store was completely jammed. Now, I am a nut for senior citizens so I was pretty okay with it, even though on that morning I had already been there two hours and still wasn't done. Senior citizens like to block aisles and think about the products that they purchase. So it goes. We'll all get old one day. Anyway, I was standing there with my cart and there was a little lady in front of me with hers. She was taking her own sweet time and as I do, I pretended to stare at something on the shelf in front of me so that she wouldn't know that I wanted to pass. I don't like to rush the seniors. So, she turns and looks at me and I smiled nicely. She then screeched, "WHY DON'T YOU JUST RUN ALL OVER ME!?!?" and I said, "Oh, don't worry. I won't." I was puzzled at her volume but figured that she might be hard of hearing. She then screamed even louder, "YOU JUST DID! YOU RAN OVER MY HEELS TWICE ALREADY! GET AWAY FROM ME!!"

So, okay. I was literally parked a few feet behind her and had gone nowhere near close enough to hit her and besides, the way that the carts are made, it's virtually impossible to run over someone's heels unless they've fallen on the floor and rolled prone under the cart's wheels. I was stumped and mortified. All around me, other senior citizens had stopped to gape at me and were giving me that look that says, "You young people today are trash!"

Oh my God, y'all...it was AWFUL. And I was trapped there because she was in front of me, screaming bloody murder and behind me, a logjam had occurred because everyone wanted to see the monster who was running down Granny Apple Pucker. So, I had to just stand there, feeling their accusatory eyes upon me until she was done with her product picking so that I could escape the aisle and my public shaming. Then once I did, I later passed her in the fancy cheeses aisle and would you know, she tried to start up with me again?! It took everything that I had not to yell out what I was thinking. Okay, or to sucker punch her.

I think that was my worst grocery store experience ever to date. I called Mr. Kitsch from the parking lot and told him that I was never grocery shopping again. I think I also went into some profanity laced spiel about how nobody has respect for anyone in this world anymore. I felt like my world had flipped upside down. I try to have old timey approaches to things and am guilty of sometimes saying, "Once senior citizens die, nobody will have respect for anyone anymore" and this little lady had just done me in. If you can't trust the little old ladies of the world, who can you trust? I sat there for a while, eating brown and serve rolls raw from their package and waiting for the heat to leave my face.

Also, I found a bunch of abandoned kittens in a park. See! 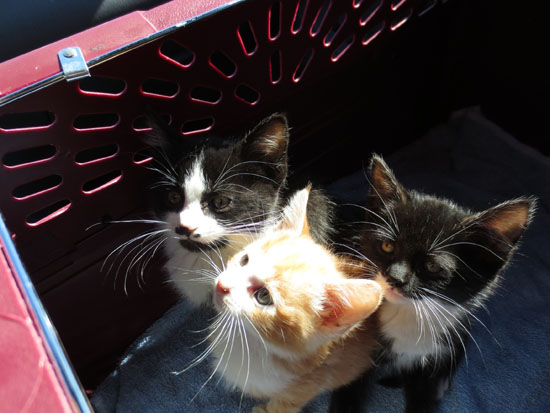 Some a-hole left them in the freezing cold in a milk crate. I mean...really. And no, I didn't get to keep one. Saaaaad! I always forget how kittens make that amazing rumble jumble purr when you hold them close. Oh, kittens.

Aaaaaaand, I think that catches us up to date! I'll catch y'all later on the flip side and heavens to Betsy, I hope to read up on some of your blogs as well when I can. I don't know what anyone is doing besides me and the Pioneer Woman and well, that ain't pretty.


Posted by Eartha Kitsch at 4:10 PM 47 comments: Links to this post