Every Which Way But Loose

Coincidentally, Mr. Kitsch and I met the same way.

Hey y'all! Well, I'm finally back in blog world. Holy smokes, I missed so much! I don't think that I will ever catch up on all of the blogs that I follow so if something major has happened in your lives, do let me know!  The time off was good but due to unexpected medical issues, I didn't get as much fun time as I did hospital time. Phooey to that! Mister Kitsch drew this portrait of me under anesthesia and about to have some cameras all up in my system. 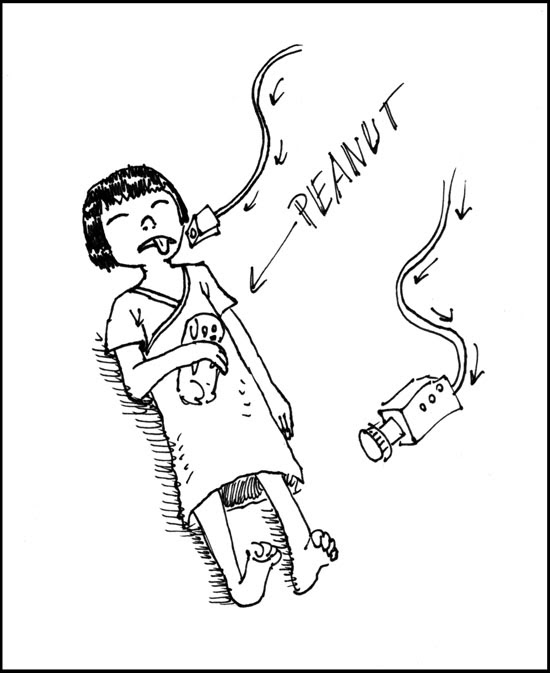 I just love that sketch so much. It's a pretty good representation too. Except for the fact that in real life, I actually have ten toes. That's Peanut, my stuffed dog from childhood riding shotgun on the gurney with me. Those hospital people might make me give up my wedding ring but they'll have to pry Peanut out of my cold, dead hands. Wow, I just realized that using the term "cold, dead hands" isn't best used for situations where you're going under anesthesia!

Speaking of anesthesia, when I was waiting to be taken out of the hospital room and into the procedure room, I heard the anesthesiologist talking to a patient on the other side of the curtain who was having the same procedures done that I was. The patient asked to learn more about the type of anesthesia that would be used. And do you know what the anesthesiologist said? He said, "It's the same type that Michael Jackson used to use." Um, yes..the same Michael Jackson who up and died from it. I wanted to scream "Smooth move, Ex-Lax!" to the anesthesiologist. As if we weren't nervous enough without hearing that sort of business!

But of course, it got worse (as all of my brushes with medical science do). When my anesthesiologist came in to visit me, she went over my past medical history and in a very stern and serious voice told me that I probably shouldn't be put under because of a heart issue that I have. She said that my doctor should have never sent me for the procedure and then went on to tell me that I might not wake up if my heart did it's wacky Solid Gold spotlight dance while I was under. She also said that they might have to do the procedure with only a small amount of anesthesia and that I might be slightly awake. SLIGHTLY AWAKE! I told her that if they did that, I'd go apeshit crazy on the table and she said that they could strap me down. STRAP ME DOWN!

Then she called in two more anesthesiologists and they all acted really nervous and kept whispering outside of my doorway and looking at me as if they were trying to access their odds - would anyone sue them if I never came home? Did I look like the type that would be missed? I finally told them that if they thought it was dangerous, I'd gladly put on my duds and get on out of there. Instead, they decided to do the procedure (perhaps their boat payments were coming due). By that time, I was in ugly tears. The nurses were asking me what was wrong and I blubbered "I don't want to dieeeeeee!" Then they called Mr. Kitsch in as if he'd ever been successful at calming me down when I've gone off of the deep-end. Poor guy.

The next thing that I remembered, I woke up in recovery and the first thing that I stammered to the nurse was "I didn't die??".  Before she could even confirm that I wasn't toast, I heard somebody passing some major gas and thought, "Oh, how embarrassing for them!" before the nurse told me that yes, I would be passing gas for a couple of hours because they had to pump air into my system for one of the cameras to work. It had been ME dropping the A-bombs! MORTIFYING. Southern women do NOT pass gas in public, people! It wasn't long before I realized that everyone in my ward had gone through the same procedure and one by one, you could hear monster cheese being cut behind hospital curtains up and down the corridor. I felt like I was at a tuba convention. I've never felt so one with humanity. Or at least THAT small gassy bit of humanity.

While I was recovering at the ranch later, I closely analyzed the set of glossy souvenir photographs of the inside of my colon that they sent me home with and before long, found myself engrossed in one of those scummy daytime "talk" shows where the day's topic was "Busted By A Butt Dial".

In other news, during the internet fast, I seriously missed Craigslist. I mean, sometimes a really bad couch ad can make my day. A friend has sent me posts of things that I missed snagging while out of touch with the "Free" section. Take a look: 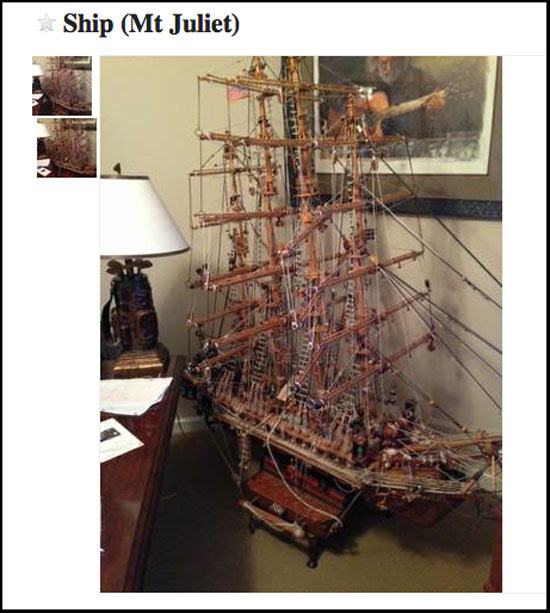 Ain't nothin' but a seven foot tall ship! For free!

The ad asks that you e-mail them and tell them exactly what you intend to do with the ship if you pick it up. The mind reels with possibilities!  As for me, it looks like a great opportunity to adopt a whole crew of little kittens, dress them in pirate costumes and put them in scenarios for photo-ops. If only. If I had a dollar for every time that a lack of kittens and a pickup truck have cost me a great time, I'd have solid gold rims on my car.

The ship is still on Craigslist so if you're interested, send the owner an email by clicking on the photo above. Also to be had for free on Craigslist right now: 600 pounds of bad potatoes. The ad says that the offer is "time sensitive" meaning that they don't want to know what 600 pounds of rotting potatoes is going to smell like after a couple more days. I imagine the odor would probably be something close to that hospital ward that I told you about earlier. I also missed out on getting a free stripper pole and these: 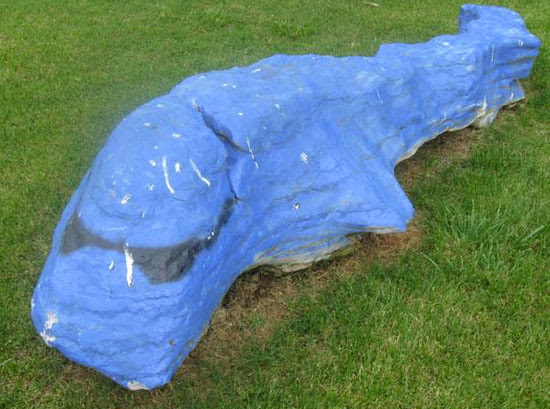 A ten foot long rock painted to look like a whale wearing sunglasses. 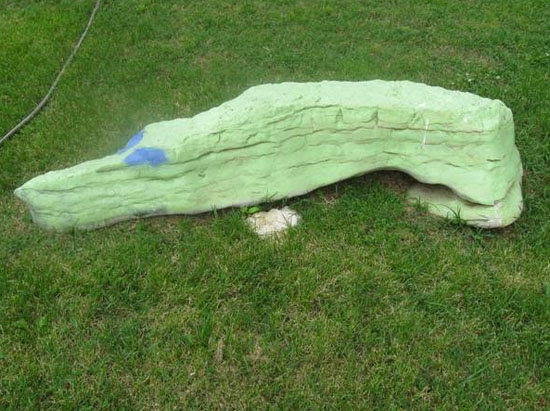 Another huge rock! This time a six footer painted to look like an alligator.

Still up for grabs is this pair of large rocks... 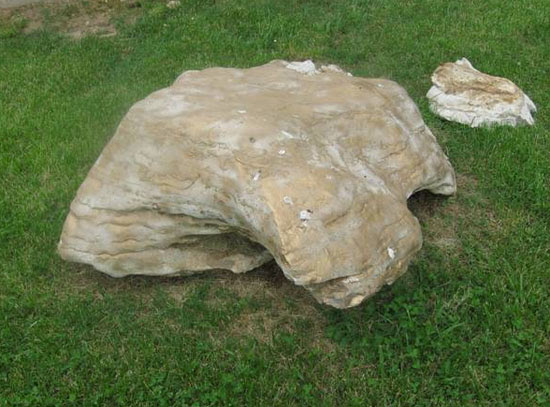 ...that they say looks like a turtle.  Hmm.....I was completely with them until this one!

Okay, I've wandered around aimlessly in front of you for long enough.  I hope that you all are doing well! And remember - if I've missed some exciting news in your world, do tell me in the comments.