Hey there, my little buckaroos! I hope that you had a great weekend!

Today, I'd like to show you another beautiful ranch home belonging to an amazing star, right here in Nashville - the fabulous Kitty Wells! You all may know her from her best known hit "It Wasn't God Who Made Honky Tonk Angels" or from one of her many other wonderful songs. 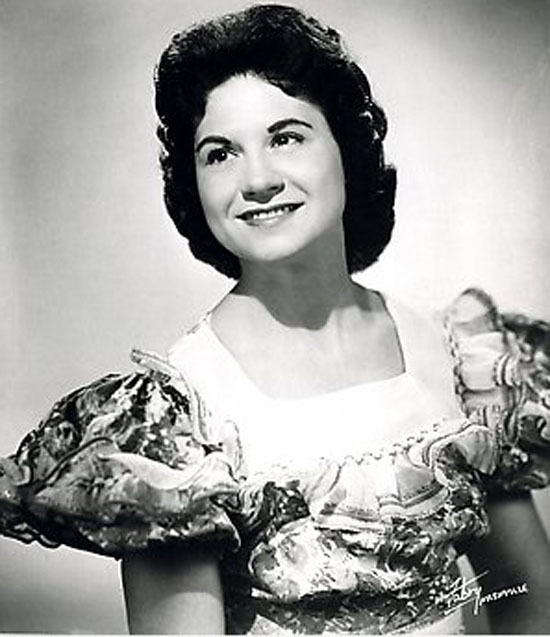 Ahh...Kitty! She's SO great! Kitty was born under the name of Ellen Muriel Deason, in 1919 in Nashville, Tennessee but was given her new showbiz name of Kitty Wells in 1943 by her husband, Johnny (Johnnie) Wright who is also a performer. Johnny reportedly got her name from an old folk ballad recorded by the Pickard Family, entitled "Sweet Kitty Wells".


Kitty and Johnny married in 1937 and are still together after 73 years! 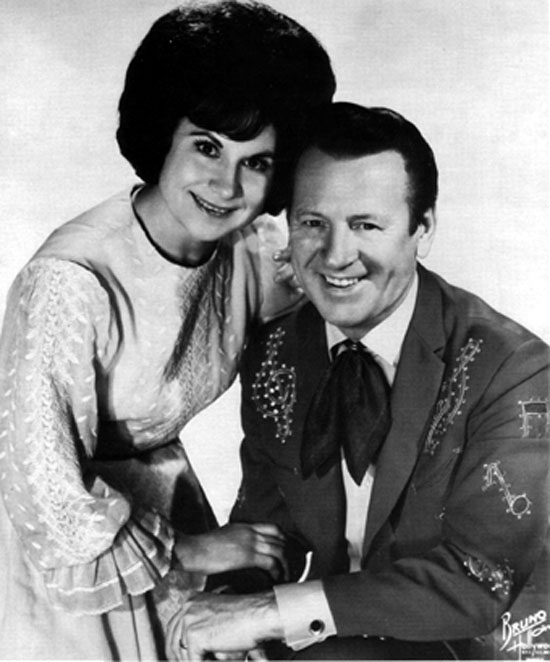 From the Tennessean newspaper: "The couple is no longer touring. They prefer to stay at home together in Madison, though the tour bus is still parked in the driveway, ever-ready in case they decide to hit the road again.

'We stayed on the road for years, and then come home and just looked at each other,' Wright sometimes says. Apparently, they still like what they see."


And here that home is. I LOVE their house. 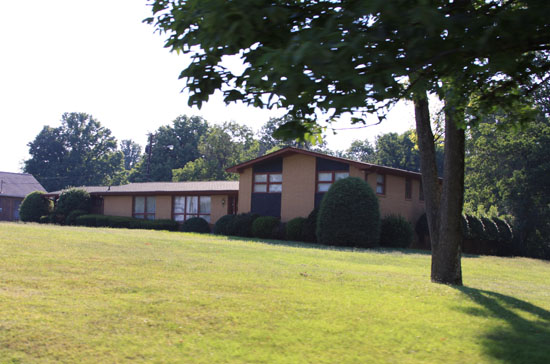 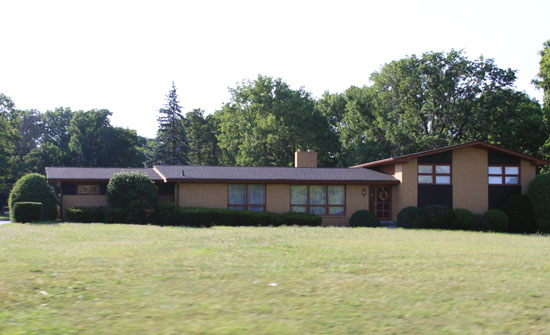 Just like Patsy Cline's house that we saw last time, the home is in a nice but modest subdivision area. Property records show that it has four bedrooms and four baths and approximately 4,379 square feet and was built in 1965.

The Mister and I had driven past this house for years, each time swooning over it. We didn't know for most of that time who the house belongs to. Once we learned, the house doubled in specialness for us. We'll go past and say, "Look at Kitty and Johnny's Christmas tree in the window!" or wonder if we could just stop by with some 78's and sit a long spell with them.

The home is always beautifully manicured and just like the newspaper article says, usually has their tour bus parked around back. Here is an aerial shot that I took from my invisible plane (oh, okay...that I got from the internet): 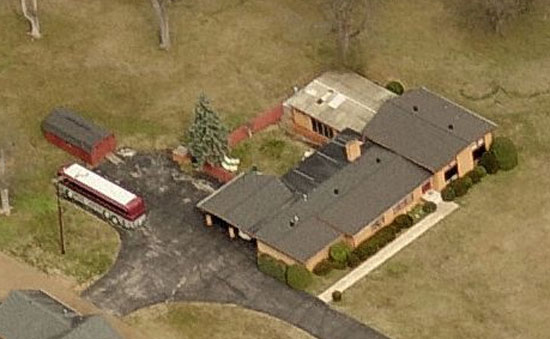 And how about this photo that I also found in the Tennessean of Kitty in her kitchen back in 1965 with her late daughter, Ruby and her little granddaughter, Kitty Elizabeth? 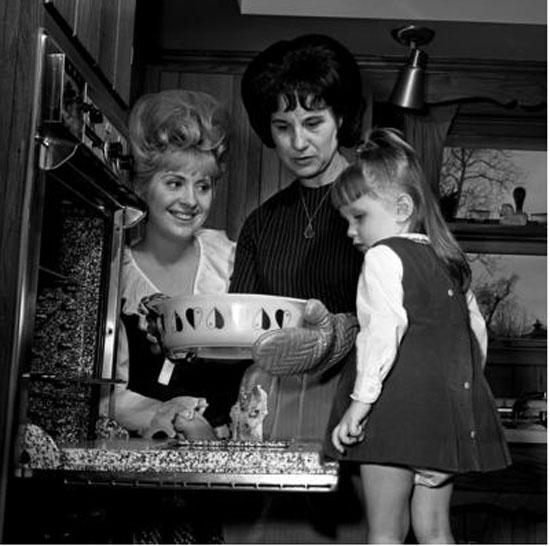 Isn't that a sweet photo? And is anyone screaming out, "Pyrex!" along with me?

Kitty and Johnny had three children but sadly, Ruby (who is shown above) died in 2009 at the age of 70. She also was in the music business and may be best known for her songs "'Billy Broke My Heart at Walgreens" and "Dern Ya" which was an answer to Roger Miller’s “Dang Me” .

It's so hard to believe that Kitty will be 91 years old this month. She's one of those ladies who is just so timeless to me. Here's beautiful Kitty in 1957 singing "There's Poison In Your Heart".

I tell ya, I want to holler out along with the others in the room with her. And how about that dress? Hot dog!

As a bonus for you, here is a current photo of Kitty and Johnny's first rental home in Nashville. They paid five dollars a month back in 1937. 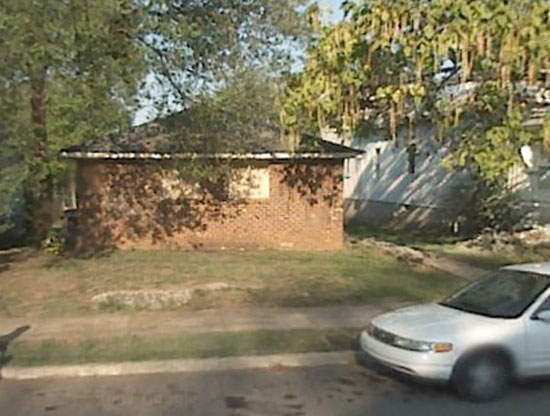 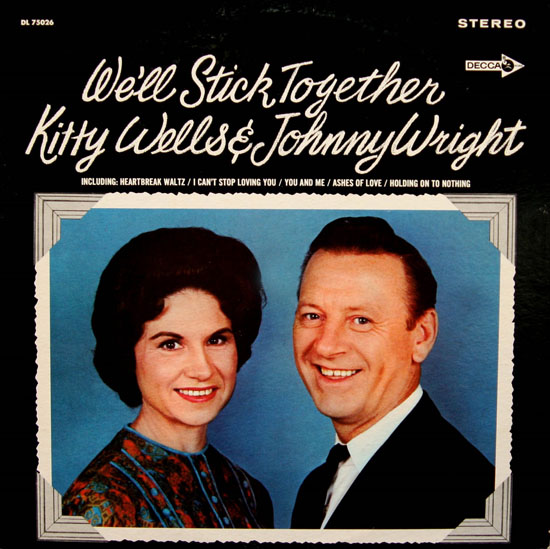 And as another bonus, here is the song that Kitty took her name from (not by the Pickard Family but by another performer who also does a nice job):

Until next time,
x's and o's,
Eartha
Posted by Eartha Kitsch at 2:12 PM

Is it me or does she REALLY resemble Rosy in some of these photos?

Holy heck! She really does in those first two pictures! Lucky, lucky Rosy Pants with her Kitty Wells lookin' self.

Oh gosh that red dress is killing me! Classic, classic, classic midcentury Western attire -- I love it so! I love how she sings with such assurance, too.

Their house is too sweet! I'm so happy to see how adorable it is.

Isn't it beautiful? I'm always drawn to that style most of all.

And I agree - it's one of my three favorite ranches in Nashville!

Oooooooh, I love Kitty! I want my name to be Kitty too. Could you picture it 'Kitty in AZ' :)

I surely do think that you could go right on up to the door and sit a spell with 'em! I know they would love y'all just as much as we all do!

That house is awesome! I would LOVE to see the inside!

Aw, shoot, you don't have an invisbile plane. :) I was hopin' you could fly me around a bit! Be sure to let me know when you get one girl.

i would looove to see the inside! i missed the patsy post so i am going to go look for it. do you have the loretta lynn cook book? one of my faves!

oooh another cute house, not fair! We have lovely historic houses round here but no cute ones!

I think you and Mr. Kitsch should stop by for a visit. I don't think they would mind at all.

Aw that place is so cute, and so are they! You should try your hand at stopping by! I bet at 91 she would be happy to see she still has young fans

"And is anyone screaming out, "Pyrex!" along with me?"

Yup. No hesitation, either.

What a lovely post - I was rapt all the way through. What interesting people they must be, and so down to earth. Married 73 years! Amazing.

Ohhhhh, this just makes me miss our special spot -- the Wax Museum! When it gets up and running again, YOU should write the bios because your storytelling is such a delight!

That house is SWANKY. LOVE LOVE LOVE IT! You sooo need to stop by with a pie sometime...or some Kozy treat.

I certainly could do a lot worse than to look like Kitty Wells! I've been compared to Natalie Merchant and the girl on the Chips Ahoy commercials (when I was a kid), but Kitty is a new one, and I don't mind a bit! Thanks, y'all!

What the heck is that little girl doing standing next to a HOT oven?!?!?!?!

I forgot what decade those were taken in.. Sorry!
Heh heh.