Happy Holidays from The Ranch 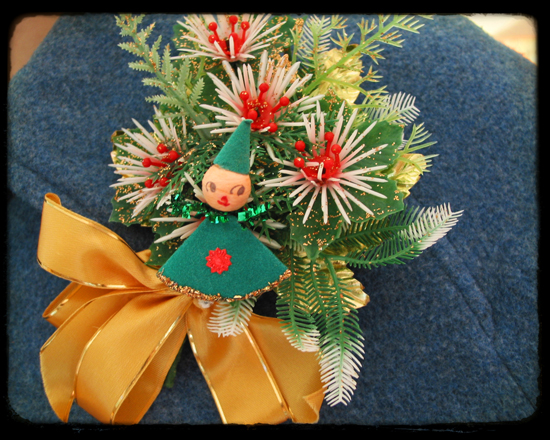 My posts have been slim through the holiday season but I have a whole file of crazy holiday stuff to show y'all after Christmas! - kind of the dredges from the yuletide cheer barrel, if you will...so stay tuned.

We here at the ranch wish you lots of love and peace this holiday season. And joy...more joy than you can shake a stick at!

Sweet Alexa over at The Swell Life invited me to do a guest spot this week. She does regular posts with some amazing crafting ideas. She's one of the most creative people that I know and I think that you'll love her if you don't already know and love her before today. I was honored to be invited to post in her world. 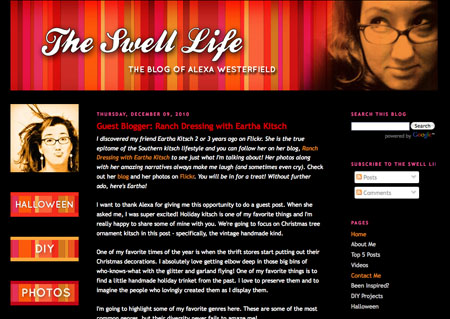 She even let me do a show-and-tell with some of my favorite Christmas Kitsch ornaments. Three words for you: Creepy. Pasta. Angel.

And more! Y'all come see: The Swell Life

Until next time,
x's and o's,
Eartha
Posted by Eartha Kitsch at 11:15 AM No comments: 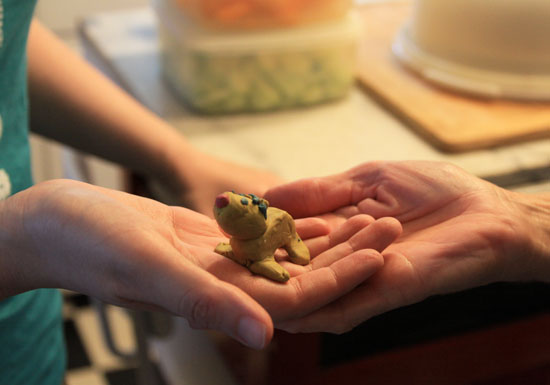 Until next time (did you know that thirty year old Play-Doh still smells the same as day old Play-Doh?)..
x's and o's,
Eartha
Posted by Eartha Kitsch at 8:25 PM 21 comments: