Last night, I made the Mister watch "Harper Valley P.T.A." with me. I had remembered it as being a really great movie and seriously hyped the whole thing up. 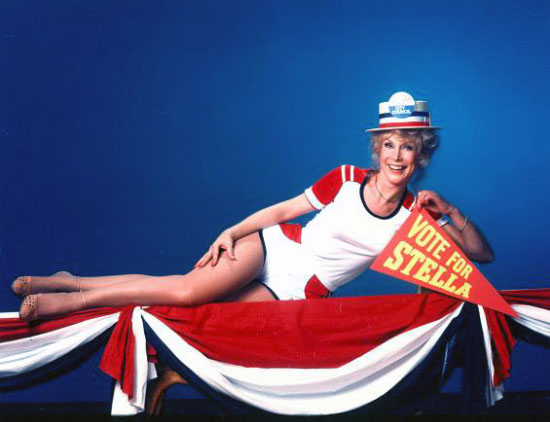 Of course the last time that I saw it was probably when I was a little kid. Unfortunately, it was just awful. Before the movie started, I chirped  at Mister Kitsch "Hey, even if it sucks...there is nothing like seeing Barbara Eden in short skirts!" - but not even Barbara's short skirts could save it.

Afterwards, we dissected the viewing experience and wondered if we'd just had simpler senses of humor back in the seventies, bringing up all of those Clint Eastwood movies with the primate sidekicks as prime examples. I mean...there has to be some logical explanation for what blockbuster hits those films were! It's hard to say but in the end, we were both left singing the awesome theme song from the movie for the rest of the night. The highly superior song was written first in 1968 but the movie came out in 1978.  You can get some of the song here if you want:


Of course the most famous version was done by the gorgeous Jeannie C. Riley:


But then here is a most excellent  (yet a hot mess) version by sweet Loretty. Stay tuned until the end for a bit of humor...and then notice that a dog just trots through the background!

Poor Loretta. There is no wonder that she couldn't keep up with that track. Time was nothing but a magazine to whoever that band was. Holy heck.

Another questionable flashback this weekend came when I found these two ridiculous photos of me back in the day that I'd never seen before.  Four words for ya:

Just look at that thing! Look at how high-waisted it is! Or can you call something a "waist" when it goes under your armpits, completely bypassing your waist altogether? The flouncy shoulders.....the huge collared paisley shirt.... I think we finally have an answer to that question of "Did we have a better sense of humor back in the seventies?".  Quite obviously we did because this get-up is hilarious!

Here is a shot of the jumpsuit ensemble from behind:

I hope that you all had a great weekend!

Until next time,
x's and o's,
Eartha
Posted by Eartha Kitsch at 8:53 PM

Oh no, this is so sad. I also loved that movie when I was little. Just liked I loved Dukes of Hazard and when I watched it as an adult it was like...wow, this is just some bad acting, sexism and a car chase.

Ha! Isn't it terrible when your bubble has been burst? Sometimes I won't even try to watch old movies for that very reason.

That jumpsuit looks disturbingly familiar to me. I think I or my sister (or likely both of us) wore it or its twin.

Yes, some of those shows and movies we loved as kids sure don't hold up later. But it's such a treat when they do!

Your jumpsuit reminds me of these little THREE PIECE suits my mom would make out of poly doubleknit for me. The best one was chocolate brown with woven in pink minnie mouse heads. Worn of course with minnie mouse saddle shoes.
And natch, the bell bottoms were so huge they got caught in my bike chain all the time. Which meant the next suits came with frilly elastic 'garters' to hold up said pants. YEwwww, I musta been a SIGHT.

That Loretta Lynn track...our poor girl! WHAT WAS HAPPENING? The ending (dog and all) is hilarious.

I think your little baby jumpsuit photos (front and back, how hilarious is it you have a 360 view of the thing) and accompanying story is SO. FUNNY. Still, I've seen worse kids' wear from the decade, it isn't all THAT bad! :)

hahah! i love that jump suit! and for some reason the pose in the second picture is really funny to me! those little sleeves!
we watched "the sting" at the belcourt this weekend, and even though i whined about not wanting to go (travis not known for his taste in movies, hah!) it was awesome! whenever we've walked past each other we put a finger to the side of our nose now. hilarious every time.

I was on Pinterest this weekend looking for some 70s home design inspiration (and I found the most amazing thing I know you'd love--right here http://flavorwire.com/257958/an-a-z-guide-to-70s-decor/view-all) and I was disheartened to read all the comments from people who dismissed the whole decade as being, by definition, bad taste. Now, I know your jumpsuit is part of the reason so many love to hate 70's--but I just think it's really dang sweet. About as sweet as the pink/green/white plaid suit my Grandma made for me. :-)

I want you to get an adult size in that same jumpsuit and ride a bike around town. Also, I have never seen Harper Valley PTA and now want to see it!

Wow! We had the same tailor in those days - I had a bright red corduroy one and then there was my favorite: Pink and purple PLAID - JUST like yours. My mom made it for me. I had no taste, it's an illness I've been in therapy for many years.

So funny you bring this up,just the other day one of my Facebook pals mentioned the Fannie Flagg cookbook! Fannie played the best friend in the TV series,which I loved

Dude,you were SO Scout from To Kill A Mockingbird!

I've had times in my adult life as a single mom where Jeannie's singin' about the Harper Valley PTA got me through a few angry moments over judgey people. I remember not understanding it when I was little, but a little righteous indignation feminism never goes out of style!

I remember having a pair of lime green polyester pants. Even at the age of 5 I hated those things.

hee heee! now i put my kids in this stuff and they will look back and be even MORE confused!!

That is amazing! I was thinking I couldn't imagine playing in a constricting-looking space age jumpsuit but there you are on a bike! My childhood photos are littered with 1980s nightmares, my mom forced me into the dresses with HUGE poofy sleeves often. And loads of retina-searing colorful rainbow prints.

Really, who didn't have a jumpsuit back in the 70s!?! I think it was the law or something, because I know I sure had a few!

I haven't seen this since I was a kid...was it really that bad? I remember loving it back when I saw it!

re: your green polyester outfit...I had a bright red one that was very similar with a shirt that had a giant collar that spanned the length of my shoulders and beyond!

We were just talking about this because I made hubby watch Saturday Night Fever with me. I was so excited. I told him it was the greatest movie ever and I didn't know how he missed it when we were teenagers! What was he under a rock?! And John Travolta was so hot! And that dancing was amazing! Let's just say that I was embarrassed when it was over.

May I just say that Suzy8-Track is the best name EVER?