After my post yesterday about the joy of used toilets, it's easy to see why some of my Nashville folk might have thought of me this morning when this ad appeared in the hallowed "free" section of Craigslist:

Um, they had me at hell no. I mean, even if one does have use of thirty used toilet seats, can the owner really make someone take the ones with brown stains that can't be removed?? I don't even want to think about it in too much detail. Not even the obsessive cleaner in me wants to go there.

That said, it's the wild-card nature of Craigslist that makes me love it so. I relish not only the great scores but also the whackadoodle-ness that goes on there too. Not since I read this in the "lost and found" section have I enjoyed an ad so much:

"I found a variety of cheeses in the North Nashville area. The cheeses were haphazardly strewn in a large, misshapen pail of some sort. The labels appear to be written in French, Italian, Latin or Aramaic (all I know is that it's not English!). Be prepared to describe this make-shift cornucopia of cheeses, so that I know that you are in fact the rightful owner. Please hurry, as one in particular is quite pungent, and possibly making my cat very upset with me."

That's right people. The cat is NOT amused. Which makes me realize that I never asked my cats what they think about the opportunity for us to snag thirty used toilet seats. They might just find it a formidable opportunity! But alas, at the time of this post, neither my calls to the offices of Sobu or Mishka have been returned. Though I reached Pip, she refused to comment. 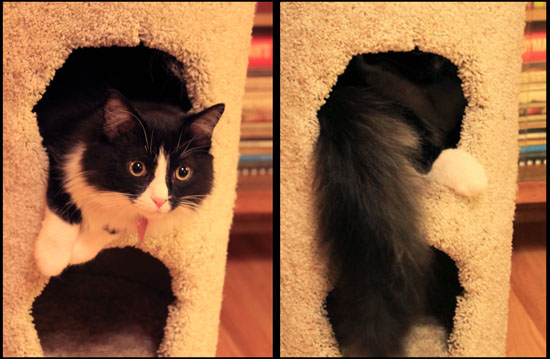 In fact, it's a great morning for Craigslist in Nashville. Not only can a person score all of those used seats but they can also swing by and pick up this at no-cost:

Gag gift. Sure. Yep. That's what I say about that giant pair of granny panties that are floating around in my dryer. We all know the deal. And in an especially bold move, the owner of said product posted her name and phone number. Oh, Hillary!

Within minutes, this response was posted from a good Samaritan:

What the? If this has happened to me once, it's happened a thousand times! Within the hour, Hillary posted this:

She updated her post to read "Serious Users Only". Sounds like she's received quite a few prank phone calls from her ad. I mean, in all seriousness, who among us (if burdened with the gift of a sex swing, say at a bridal shower or Bat Mitzvah) wouldn't just donate it to a thrift store or re-gift it at the office during the holiday "Dirty Santa" gift swap? (Am I the only one who has always wondered why it's called "Dirty Santa" when the gifts inevitably turn out to be scented candles and cheese samplers? Why not mix things up a bit? Those fuzzy handcuffs too tight? Surely Hal from Human Resources can use them!)

Would one really consider listing an item of this ilk right along with other free stuff like used couches, baby food jars and chicken coops? Listen people, I am a Craigslist troller and I'll be the first to say that some of the people who have come to my house to pick up innocent things have turned out to be pretty creepy. You gonna list a sex swing and think that your day will be without incident?

I'm sure that this high drama will continue for a while so I'll keep my eye on it. Oh no, no need to thank me. And hello! to you new readers who landed here from internet searches due to my excessive use of the term "sex swing". I can promise you that I am a dirty, dirty girl. Just read yesterday's toilet post to prove it.

This post actually reminds me of the time a few years ago when someone stole my check card. I went to the bank to learn that yo, yo, yo! I didn't have any money in my account. I was the victim of a hotel reservations agent who had decided to run willy-nilly from pillar to post purchasing the following: cat toys, craft supplies, sex swings and diamonds. Yep. Cat toys, craft supplies, sex swings and diamonds. Sound familiar? That's right. I'm pretty sure that Maria sang about them in that song from The Sound of Music about favorite things - right after doorbells and sleigh bells and schnitzel with noodles.

I really have no good ending for this post except to say that I really don't think that I'll be picking up any free items from Craigslist today. And I think that I've done my share of toilet posts for a while. You and the cats don't have to worry.

Until next time (remember.. sometimes, not even Clorox wipes will make it right)
x's and o's,
Eartha
Posted by Eartha Kitsch at 11:19 AM

And what is that lady with the sex swing thinking???

I hope you got your money back from the stolen check card. That is horrible.

I'm sad for the lady with her sex swing because she's obviously a woman who has been sealed away from the world in a bubble filled with cupcakes and kittens and thus she had no idea about the horrors lurking in the real world. Her innocence was stolen from her with one Craigslist ad!

Sara: Luckily, I did! I had to literally track her down and have her arrested though. I was a regular detective there for a while! I think that sex swing lady just thought "I'd hate to throw this out" or maybe she's trolling for interesting callers. You never know with the list of Craig.

Charm and Poise: I want to be sealed away in that world! :) Oh yes, she'll remember the day that she learned that sex swings are not mere joke items like plastic ice cubes with flies in them. They're a hot commodity! If nothing else, make twenty bucks off of the thing.

First off, what could anyone use 30 used toilets for anyway? With brown stains? Nice. It's that extra bonus we all look for.

I cannot believe someone could be so stupid as to post a sex swing on Craigslist. My god, my fear is that I will die with something like that in my house and everyone will (in hushed tones) speak of me in an ill manner.

WTH, they will anyway.

As for Granny panties...well, I hope I have enough time before I die to crawl to the garbage can with them. I keep underwear I will not wear (thongs, etc) in my drawer so people will have to guess if they find both.

Sigh. The lives we lead.

Ha! Poor Hillary! You've gotta have moxy to post an ad like that! And those toilet seats? Good lord, no! And I wonder why you would presume that they all "sat well"?

Barbara: Those toilet seats - agreed. And ha! I also wonder these things. Not about sex swings specifically but about things like unglamorous underwear or hand-written "tell-all" journals. Surely everyone has things that we wouldn't want people rummaging through. And hey, it might make for a great laugh as we look on from the other side.

I thought sex swings only existed in pornos,until one day in California,I helped my friends Mom move a dresser to one of her older friends. Now this was a couple like my Mom and Dad,totally "normal" in appearance,the total square 50's sitcom type

She told us to just put in the garage for now,and when I walked in it,there hanging from the ceiling,was a sex swing. I'm talking reenforced with cross beams,padded leather cuffs,the complete deluxe model. And she just stood there talking to us,with no embarrassment whatsoever

On the way home,I asked my friends Mom: um,is it just me,or was that a sex swing?? (Of course I knew it was) The Mom laughed and said yep,that they were a total wild couple,and used to swing! I mean,SWAP swing. But there may have been swinging during the swapping.

You never know what kinda freaky sneaky be goin' on behind Ozzie & Harriet's closed garage doors above the Studebaker!

Haaaaa! Oh my gosh, you are killing me. I wish that were my story so that I could tell it as so. And that I'd come up with "You never know what kinda freaky sneaky be goin' on behind Ozzie & Harriet's closed garage doors above the Studebaker!" -Brilliant.

You think they would have at least thrown a tarp over it. Or something. I mean, it's going to get dusty!

lol! i am dying here!

These are a few of my favorite things! laa laa laa HAHAHHAAH Hilarious!

Oh, Eartha, what a boring area I live in. The "free" things are usually manure. (No, real manure...for gardens...)

Girl,that thing was shiny,probably from constant body Swiffering! That wild couple's motto is "we don't let grass grow under our feet,or dust collect on our swing"

i'm still hesitant to get on craigslist because of all the weird stories i've heard. but the lure of free vintage furniture might be too much.