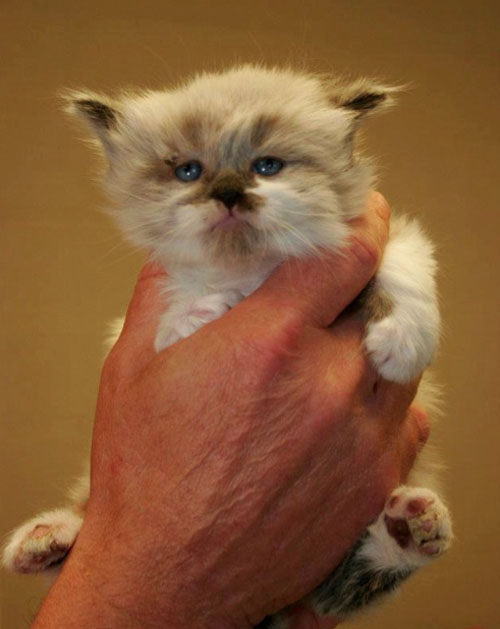 Mine? No, but I wish! I was actually mulling over adopting him and in the meantime, he got a new home. Have you ever seen such an adorable old man face in your life? I had dreams of him wearing a little striped necktie. And of me doing photos of him sitting behind a tiny little desk covered in mounds of papers and illuminated by a wee little desk lamp. A little kitty cat Lou Grant. Gah, the more I think about it, now I'm really kicking myself! Can't you just see him barking at his secretary to get him some coffee?

I hope that he's happy in his new home. And that he gets a corner office.

Next up, some of you may know that I've been a Mister Rogers' Neighborhood fan for my entire life. Have you seen this clip of Mr. McFeely and his unwelcome friend, Purple Panda visiting a group of small kids?

Pandamonium! I can actually kind of relate to these kids and their freak out. When I was a kid, I was completely terrified of theme park characters dressed in these types of costumes. I'd run screaming from those suckers every time. And embarrassing story: When I was twenty six, I was at Six Flags on Halloween night and watching a spooky stage show. There I was chilling in my seat when up behind me came a man dressed like Beetlejuice. He touched me on my shoulders and I turned around and saw him doing that classic Beetlejuice face with his tongue wagging. I stood up and started swinging and shrieking in front of everyone. The crowd erupted with laughter and I was completely mortified.

That was the same night that I started crying and begged to get off of the mine train ride. The mine train ride full of little kids. I couldn't stand it because it was on tiny little rails and for some reason, I thought we were going to die. They had to stop the ride to let me off! Can you imagine being twenty six and having coal train cars full of little kids pointing and laughing at you for being too scared to ride their ride? I stumbled off and limply fell across a park bench and waited on my ex-boyfriend to finish the ride. He said years later that he knew at that very moment that we weren't compatible. Ha! I wish he'd told me earlier and spared me the grief!

Okay, where was I? How about some Wacky Tennessee news? I've been saving some for ya! 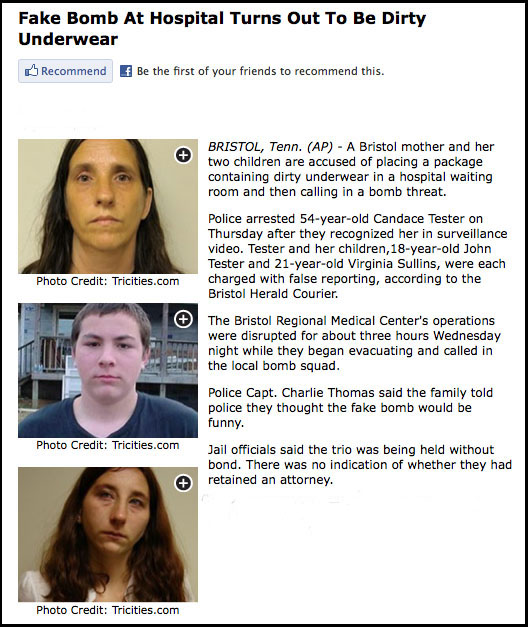 It's sweet to see parents doing things with their kids, isn't it?

This next one is also from the city of Bristol. 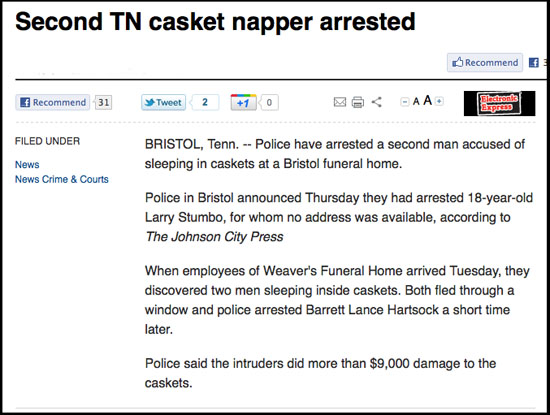 Okay, I have never visited Bristol but from the sound of things, I'm simply going to have to. Between the dirty underwear bombs and their wacky napping places, those townsfolk take lawbreaking to a whole new level! Here's one last news story for you: 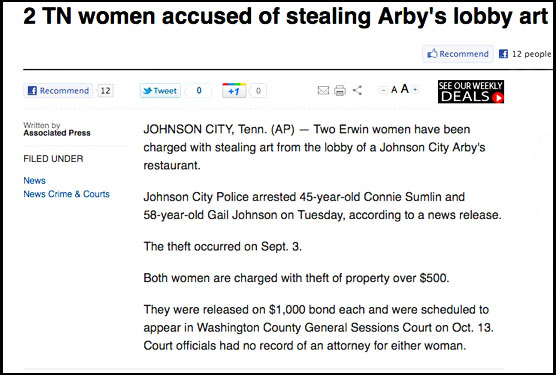 Next, I have a little Twitter snippet to show you. This is a friend request that Mister Kitsch (who isn't even on Twitter) received: 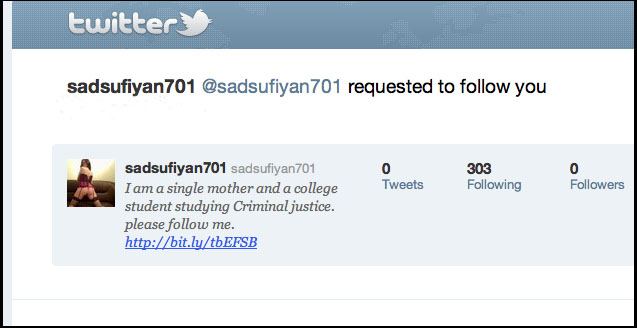 I'm getting sick and needed a good belly laugh,thank you!

Hahaha...from outside the law, to erm, inside it.

I need a grumpy ewok cat, and to catch up on your posts. Both will have to wait til at least tomorrow though, it's late here.

Hope you had a great Easter x

Oh gosh, that kitten - the Mr would have wanted him in a heartbeat!

Yeah, what's up with Bristol?!?

I can (kind of) relate to your mine train ride. The ONE time I went snow skiing in Colorado it went horribly wrong. There were 6 years olds passing me by - pointing and laughing. I've never been skiing since!

I totally was expecting the casket nappers to be "kidnapping" (stealing) caskets, but sleeping in them is soooo much funnier!

This all just goes to prove I am right in wanting to avoid people - and their dirty underwear bombs and missing underwear moms. Thank you for proving me right again.

The Lou Grant comment REALLY made me laugh. Brilliant! I would have loved to see your little set-up of that one!

As a resident of Bristol, England, I'm very sad to see what all those neo-Bristolians get up to. Tsk, tsk!

wait a minute...that Arby's had over 500 bucks worth of art?? jeez,fancy Arbys!

I tell you what,if we ever go to Disneyland,you better not have a panic attack. Those people don't mess with you,you freak out,you're GONE

What a hoot! I live in Johnson City so I actually read about the art thieves when it was "breaking news". As for Bristol, you should definitely visit. How could you not visit the Birthplace of Country Music?!

I've been through Bristol, and it most certainly did NOT seem like THAT kind of town! Ah, the oddness lurking beneath that we do not see...Of course, it's been a few years. Maybe it has changed.