Roy Acuff was one of our biggest country stars and easily lived up to his title of "The King of Country Music".  He was a singer, musician and one of the best ambassadors of the country music genre. A definite legend. So of course, I got really excited when I learned that the late Roy's Cadillac is for sale on Craigslist. Look at this long, tall ride: 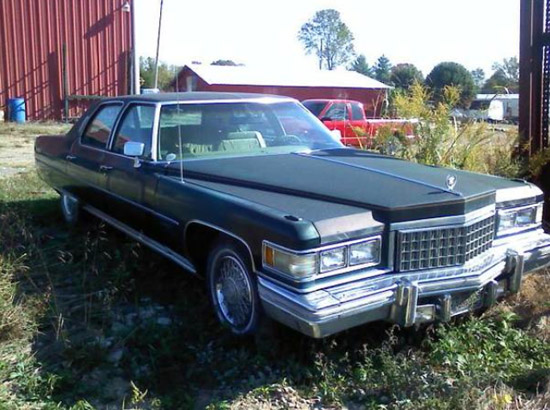 Whooowhee! It's being offered for $7500 cash money if someone wants to live my dream and own Roy's car. I'm thinking that a person could fit a lot of estate sale loot in that massive back seat and trunk!  If you're interested, click on through here to chat with the Seller.

I've also been driving past Roy's old house a lot lately. It's a real stunner with a huge front yard and a back yard that skims along with river views. 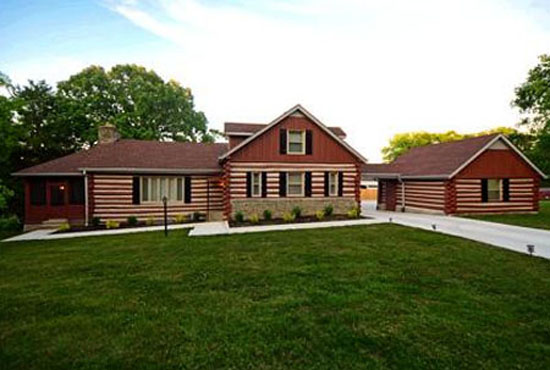 A lot of it has been updated on the interior but here are my favorite rooms - the wood ones of course! 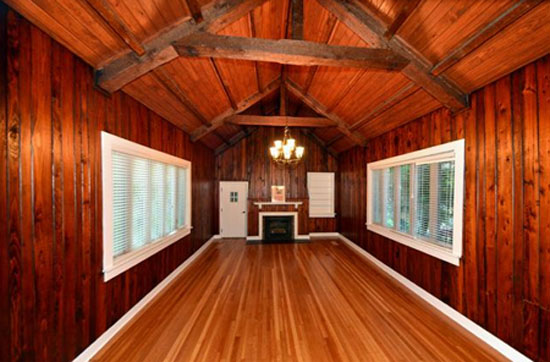 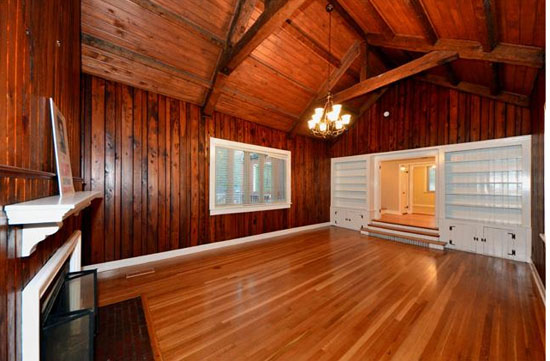 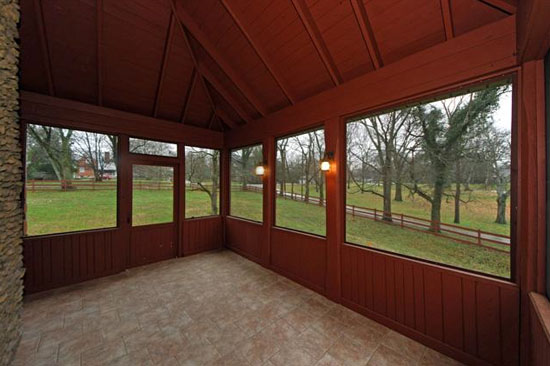 This home was built in 1935 and Roy's radio show was done in the basement game room.  Roy lived here between 1945 and 1950.  Just think of all of the amazing stars who passed through the home's doors! It's said that Roy's home is one of the few on the long, winding street who had a telephone and that he used his fox hunting horn to call his neighbors to the phone when they got calls!

This area of town was where the very rich folks would go for their Summer vacations back in the day when the house was built. There are some amazing houses back in this Brush Hill area of Inglewood, many built with an incredible usage of river rock.  The current owner got this stunner at foreclosure and after I learned what he paid, let me tell you....I wish that the Mister and I had placed a bid. This incredible home went for cheap. Let's just say, that I either could have bought this house... or about ten of Roy's old Cadillacs. It's still priced nicely for what and where it is but we are now out of it's target market with it's new and more realistic listing price of $399,900.

All of the above photos are from Realtor Karen Hoff with Historic and Distinctive Homes. Give her a holler if you'd like to purchase this beauty (and subsequently have me begging to come in about once a week. I promise that I'll bring cake.)  If you do buy the house, I insist that you also buy the car too and double-down on the fabulousness. Just sayin'.....

I found this newspaper article from The Florence Times Tri-Cities Daily Newspaper from 1982 that talked about how Roy built his final home inside of the Opryland theme park which was interestingly enough just on the other side of the river from the home shown above.

I love that he decided to just build his final home inside of the park and didn't mind at all if tourists and fans just walked on up to his house and said hello. You wouldn't find many stars (or non-stars) that would be down for that kind of action!  It just goes to show that he really loved the Grand Ole Opry and the fans. Here is that home which became an office after his death in 1992. 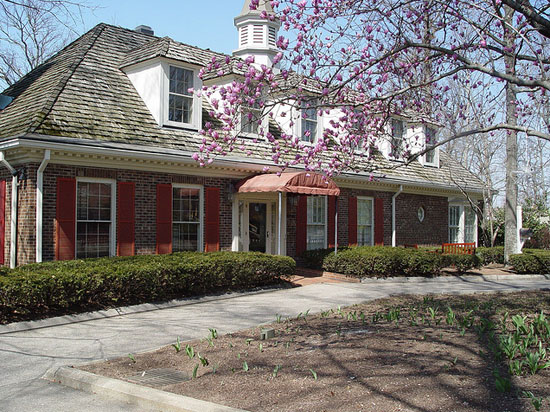 Note: Thanks so much to Garry Thompson for letting me use the above photo. You can visit his Flickr stream here.

The Opryland theme park has now been torn down and the property turned into a shopping mall much to the chagrin of many local residents. I'll never forget hearing how my Aunt and Uncle drove all the way from South Carolina to go to Opryland only to arrive and sadly find that it was no longer open - a real Walley World with the Griswolds kind of moment, if you ask me!

Let's hear from good ole Roy to wrap this thing up.

Until next time,
x's and o's,
Eartha
Posted by Eartha Kitsch at 9:13 PM

Thanks Eartha, the highlight for me is the guy who sounds like a train!

Gosh, it must be fun to be a real estate agent in Nashville! Also, I love how these stars lived in such small homes compared with so many people in their McMansions today. (And I, too, love the wood interior of Roy's home!)

I remember going there as a kid. I got a special Opryland charm bracelet there that I wore for a long, long time. I don't know what happened to it but that was probably 30 years ago. It's sad that they tore it down for a shopping mall but I guess tastes change and they felt a shopping mall would be more profitable(?). I made the mistake of going to the Wikipedia page and read about the rides rusting away in a field in Indiana. So sad!! If we lived closer and had $7500 cash money, my husband would buy Roy's car. He'd probably even move his Lincoln Town Car out of the garage just to give it a safe, dry home ;-)

What great houses! How neat his radio show was done right from the basement. My Grandmother vividly remembers tuning in and everything coming to a stop for that hour/halfhour!

When I was in junior high, I had a science teacher, Hoyt Acuff, who was Roy's first cousin and biggest fan. He would teach us our earth sciences--rock formations, geologic history, plate tectonics-- in this stern and old fashioned way, with diagrams and lectures. If we'd been "good" (meaning quiet), he'd fire up an old portable turntable for us to listen to the Wabash Cannonball. "That's my cousin," he'd say every single time. It's funny how I can't even think of geology without also thinking, "Listen to the jingle, the rumble and the roar...."

What a fantastic post! Roy Acuff was one of my mom and dad's favorites and I grew up listening to his music along with a few other legends of Country Music. Thank you .

Love that Caddy and love the house. What a great guy, not minding tourists knocking on his door.

Well, I want to live in (either of, both of) Roy's houses, and drive his car. I didn't know he lived back of Inglewood, I'm now going to have to sidewalk stalk that house sometime this weekend! Very cool. Madison and Inglewood should have their own bus tour of former homes of celebrity country singers!! You know we'd go.

Sometimes I am truly overwhelmed by the awesome things you post on your site that I can't come up with a proper response other than, "WOW".

But for this post and that house and car and at that price--"WOW" is really all I can say.

Thank you so much for sharing, lady!