Takes One To Know One 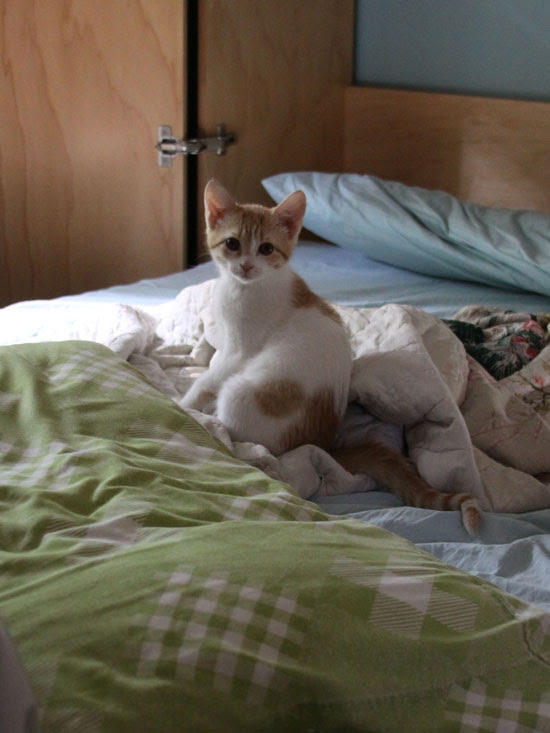 He could be a temporary foster or maybe a family member if things can work out. He's had a hard life. He was found in Memphis with his siblings as little kittens with no mama. They were brought to Nashville and bottle fed by some great rescue fosters.

Then he got adopted and the people kept him two days and then dumped him in a kill shelter without even telling the rescue! Grr. Luckily, the rescue found out in time to go rescue him again before bad things could happen. And then he came here!


We had hoped that he would be a pal for Pip. 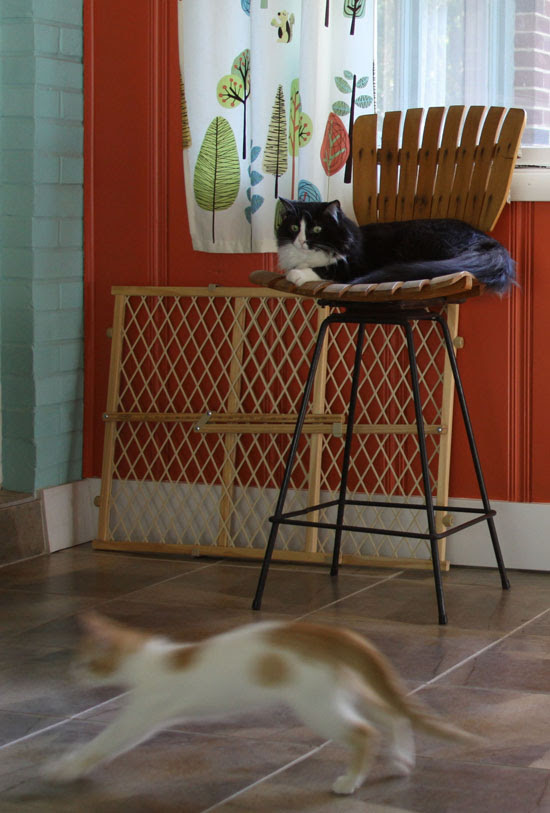 So far, Pip is not amused. 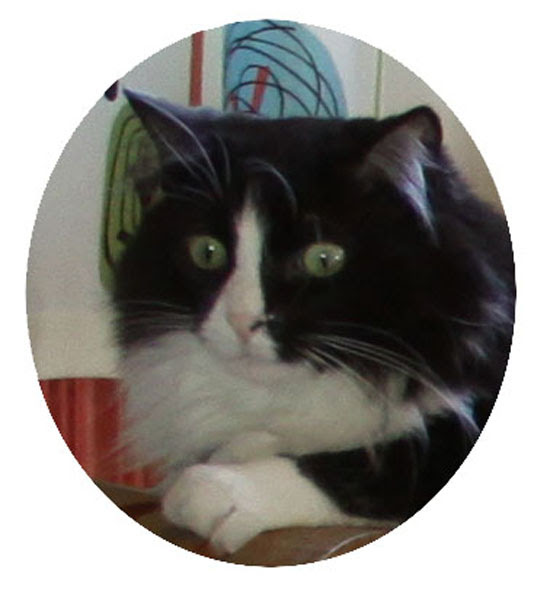 Which we think is highly comical considering her year and a half reign of terror as a kitten. 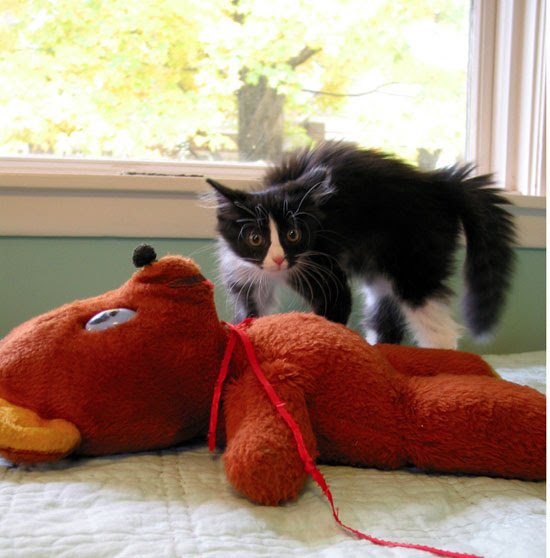 It'll be interesting to see how this goes! To be continued, I'm sure....

And great news on the doggies that I posted about recently. They just went to an amazing new home with a young couple that already had one little dog. The couple is super excited to have them and the merging has been perfect. The three little dogs play together until they're worn out and then they go to sleep in little beds side by side.  Seriously.....Aww!!

Does the new kitten have a name yet? He is so cute! Pip's face is hilarious both as a terror kitten and a wise, annoyed cat. :)

Evil-kitten-Pip is so cute! They'll probably get used to each other soon enough

I have a kitten terror too! She's almost grown now and not much of a terror anymore (usually). Ha ha, that pic of Pip's expression says it all! Not amused, not one bit!

Pip's expression = "What fresh hell is this?" The new kitten is freaking adorable.

Very cute kitten! I've never had a cat, but I call my mini-weenies "catdogs" because I think they are very much like cats. They sleep most of the day (on the back of the couch), they like to find a small patch of sun to stretch out in, and they hate water. But, they are very affectionate and we are the center of their universe. (That's the dog part.) If the back of the couch could be a human lap, life would be divine for them. (Oh, and I love the turquoise/orange combo and that curtain behind Pip!)

I love Pip's expression! Truly says it all :-)
I love the curtain in the background of that pic, BTW, and the color combo of the paint...looks gorgeous!

He is so cute! And the expression on Pip's face is priceless, haha! I love it!

oh thanks Pip, I just spit beer all over my laptop! so funny

I can only say that orange kitties are the BEST kitties. I hope it works out for you. You're a good cat mommy!

I love the 'streak of kitten lightning' picture and the unamused face of Pip!

I'm giggling!!!!!!! PIP! so funny. that look in her eye, man she is like WHAT IN THEEEEEEE WHAAAAAAAT!

animals are so funny.

the newb is a handsome little thing! I've had soooooo many kitties in my life, never had an orange one! someday!!

also? you are such a good animal lover and friend, EK.

That expression on Pip is hilarious! Looks like she is giving the little kitty the Evil Eye! Good luck with the new little furry friend. Great news about the pups! So happy that they have a wonderful new home!

So glad the hear the pups went to a good home! I 'll bet that just makes you so very happy.

The new kitty looks completely adorable and I'm hoping that he and Pip will become new best friends!

Oh My God! that's so funny! the look on Pips face is priceless! made me laugh after a crap day at work! thanks :)

hahaha! so funny. Such funny expressions. And girl, I LOVE YOUR HOME. again. i've invited myself over for a visit.. so you never know when i might show up. *dun dun dunnn*

this will be fun to see how it unfolds. I hope they become great companions!