Yesterday I noted that there should be a "Scared Straight" program for holiday blow mold addicts like myself. Then I remembered this awesome wall Santa that my Mom gave me a couple of years ago: 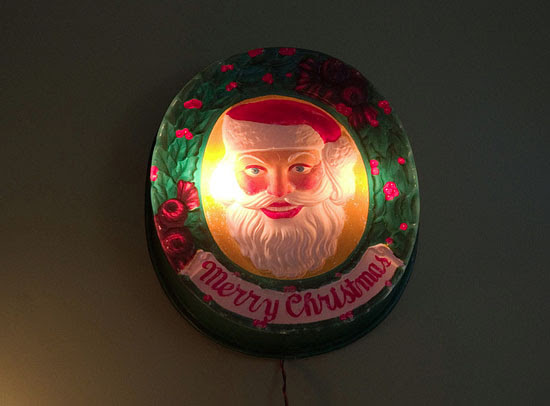 Adequately scary, huh?
This guy should come with a light bulb and a restraining order. 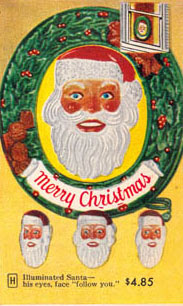 Is it just me or does he look jollier...friendlier in the ad?


They briefly mention that he's made so that his eyes appear to follow you around the room.
Because leering is festive.

But wait until you get a look at the company's name that made him....

Of course, I had big hopes that this place would still be open and sending out Santas to follow stalk the masses after all of these years but alas: 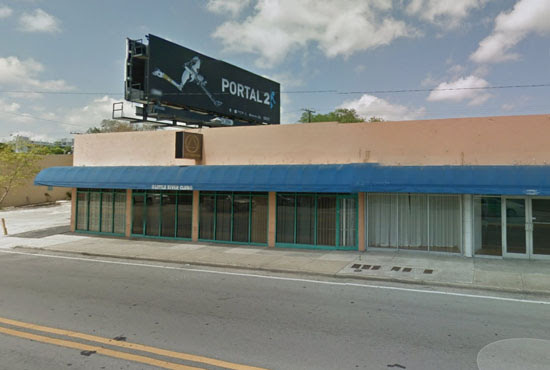 Records show that Santa Follows You, Inc. filed to be a for-profit business on Thursday, April 03, 1952 and then, not a single mention of them ever again. Not a peep. Not a ho ho ho.

Being a huge fan of The Twilight Zone, I like to imagine that this company was set up for a short time only to send these Santas to follow us out into the world (for an eerie purpose that has yet to reveal itself) and then as the clock struck midnight on that Christmas night in 1952 they evaporated into thin air.

Tomorrow (in an attempt to keep the Crazy Santa train rolling on down the tracks), I'll share with you a very nervous Santa.

Until next time (he sees you when you're sleeping..he knows when you're awake),
x's and o's,
Eartha
Posted by Eartha Kitsch at 8:36 AM

That. Is. Awesome. I was thinking the other day how great it would be to start collecting creepy vintage Christmas stuff. A Halloween/Christmas crossover! You could leave your decorations up from October through December!

he looks... more eager to meet you. yikes.

AHHHH! I love him! That's so cool that you found the Sears Catalog that goes with him! OMG! Perfect! I wonder what ELSE that company made...? I'm afraid to ask.

I think Santa's botox expression absolutely proves the "Santa Follows You" company was from the future! lol Love it!!!

I would totally change out the bulbs with red ones and use for Halloween too! LOL

That is the old bait and switch. Show a vaguely creepy but rather harmless looking Santa in the ad, send it to Aunt Millie, and when she opens the nondescript cardboard box, there are "x"s where poor Aunt Millie's eyes used to be!!!!

Santa will follow you into your nightmares! I think the ad is just as creepy as the real deal. Yipes!

I've never been comfy with that whole - he sees you when you're sleeping deal. Glad you are on the case! My daughter is obsessed with creepy vintage santas - there is no shortage of them. Think there is a program for that?

I love that Twilight Zone plot idea! That has to be the explanation!

That is the most AMAZING Santa ever!

"Because leering is festive." You should write Christmas cards.